Discover what to do in and around Puduchery

There is a wide variety of historical places to visit whilst in Pondicherry. These include the The Museum, the Botanical Gardens, the Bharathi Park, Romain Rolland library and the Sri Varadaraja Perumal Temple, which is considered to be the oldest Hindu temple in Pondicherry. A walk on the promenade beach is always a good idea as well!

One can also go on the Heritage Walk which is organised by INTACH (Indian National Trust for Art and Cultural Heritage). 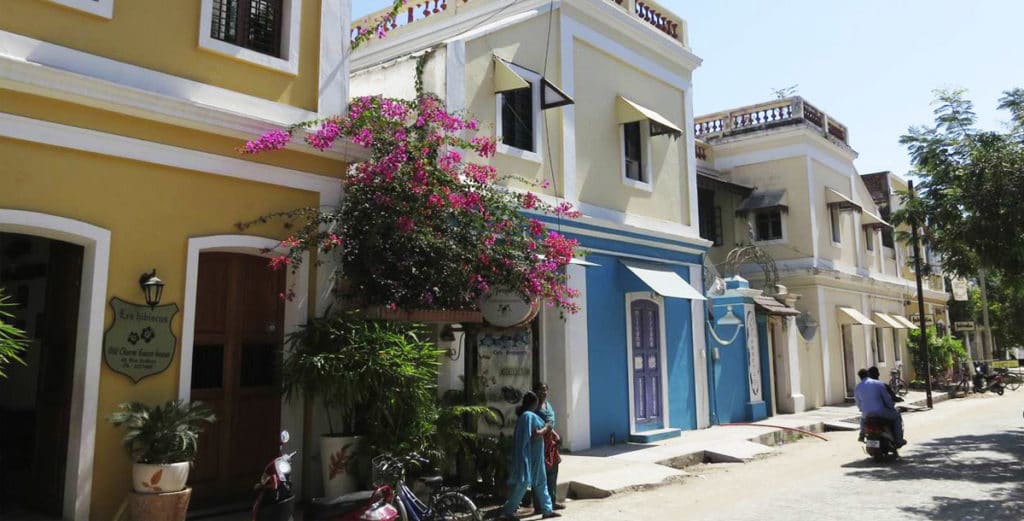 Auroville is an experimental universal township for humanity, founded by Sri Aurobindo’s spiritual partner, Mirra Alfassa, aka The Mother. It is home to over 2500 people from over 55 nationalities! Only 15 minutes away from Pondicherry, it is a must visit.

At the center of Auroville lies the Matrimandir – the spiritual and geographic heart of the city. There is a meditation chamber within. It is described as a place of perfect peace and stilness, bathed in light refracted through a prism inserted in the topmost part of the dome.

The Peace area in which the structure is located has three main features: the Matrimandir itself with its twelve gardens, twelve petals and future lakes, an Amphitheater and a Banyan Tree.